This fall, there’s much to covet at perfume counters.

My No. 1 choice: Givenchy’s Dahlia Noir. The first fragrance developed under creative director Riccardo Tisci, this floral chypre scent, in a decidedly unfussy bottle, is based on rose, iris and mimosa with woody facets such as sandalwood, patchouli and tonka bean. The 1.7 ounce eau de parfum is $90. 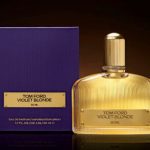 Full-on floral: Tom Ford’s Violet Blonde is “a new scent for a new era of feminine glamour” as represented by model Lara Stone. Compositional elements include violet, of course, along with pink pepper, mandarin, iris, jasmine, musk, cedar and vetiver. VB is $100 for 1.7 ounces of eau de parfum; available exclusively at Saks. Through Sept. 18 or while supplies last, online customers will receive a Violet Blonde eau de parfum mini with any Tom Ford purchase. 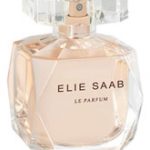 Elegance inside and out: Kurkdjian was also the creative force behind Elie Saab’s first fragrance, which has notes of orange blossom, jasmine, patchouli, rose and cedar. I love the bottle, designed by Sylvie de France; $90 for 1.6 ounces of eau de parfum. The ad campaign features Anja Rubik.

I did not receive product or compensation for this post.

On the radar: Books, a blogathon and a bash; Billy Wilder, Bono and Bogart 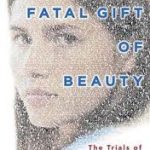 Must-read material: The Fatal Gift of Beauty: The Trials of Amanda Knox by Nina Burleigh. Knox and Raffaele Sollecito were convicted of murdering Meredith Kercher, a British student who died on Nov. 1, 2007 in Perugia, Italy. They are appealing their convictions. As Burleigh told Elle magazine: “She was investigated, arrested and convicted as part of a massive multicultural misunderstanding, abetted by her own quirky personality. … Your identity as a young, attractive woman does not belong to you.”

Diana Vreeland invented the concept of a fashion editor, putting her indelible stamp on Harper’s Bazaar from 1936 to 1962 and Vogue, where she became editor-in-chief, from 1962 to 1971. In the September issue of Harper’s, Lisa Immordino Vreeland conjures a portrait of the famous sartorial icon. When Carmel Snow offered her the Harper’s job, Diana Vreeland replied, “But Miss Snow, except for my little lingerie shop in London, I’ve never worked. I’ve never been in an office in my life. I’ve never dressed until lunch.”

Immordino Vreeland’s book, Diana Vreeland: The Eye Has to Travel will be published on Oct. 1. (I hope the copy editor for the book was better than the one at Harper’s; there were two glaring errors in that piece.) It was during Vreeland’s tenure at Harper’s that Lauren Bacall’s career was launched after appearing on the cover, shot by Louise Dahl-Wolfe, in March 1943. 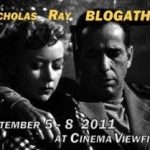 Happy birthday, Mr. Ray: In honor of director Nicholas Ray, who would have turned 100 on Aug. 7, Tony Dayoub of Cinema Viewfinder is running a Nicholas Ray Blogathon Sept. 5-8. Ray directed many noirs (“They Live By Night,” “Knock on Any Door,” “A Woman’s Secret,” “In a Lonely Place,” “Born to be Bad,” “On Dangerous Ground,” “Bigger Than Life”). I look forward to submitting my piece and reading other contributors’ work. 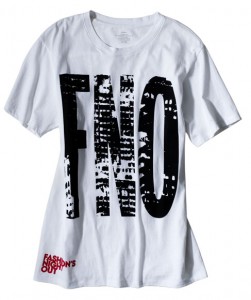 Go on, it’s good for the economy: FNO returns on Sept. 8! Fashion’s Night Out is a global initiative created in 2009 as a partnership between American Vogue, the Council of Fashion Designers of America, NYC & Company, and the City of New York to celebrate fashion, restore consumer confidence, boost the industry’s economy, and put the fun back in shopping. Find out what’s going on in your city and check out the merch.

With love from USPS: Billy Wilder gets his own stamp starting next year. Wilder won Academy Awards for directing “The Lost Weekend” and “The Apartment.” 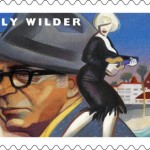 Other Wilder favorites include: “Some Like It Hot,” “Double Indemnity,” “Sunset Blvd.,” “Ace in the Hole,” “Irma la Douce,” “Sabrina” and “The Seven Year Itch.” Part of a four-stamp Great Film Directors series, Frank Capra, John Ford and John Huston will also be honored.

Doc takes center stage: The Toronto International Film Festival runs from Sept. 8-18. The opening night film is “From the Sky Down,” Academy Award-winning filmmaker Davis Guggenheim’s documentary about Irish band U2. It’s the first time in 36 years that the festival will open with a documentary.

‘Brighton Rock’ is eye candy with an entertaining cast

“Brighton Rock” opens with a shot of oil-black ocean waves. Like the moonlit water, the film is beautiful but turgid and at times untamed in the hands of first-time feature film director Rowan Joffe.

Based on a Graham Greene novel, it’s a classic crime story first made into a movie in 1947 with a script by Greene and Terence Rattigan. This time around, Joffe, a scribe whose credits include “The American” and “28 Weeks Later” wrote the screenplay, changing the setting from the 1930s to 1964.

Young, ruthless and 100 percent pure psychopath, Pinkie Brown (Sam Riley) has risen to the top ranks of a gang in Brighton, a seaside resort town (the title is a reference to the souvenir sticks of hard candy sold there). Avenging a betrayal to his gang, Pinkie sets out to kill a man named Fred Hale (Sean Harris), who happens to be friendly with a working-class grande dame, Ida Arnold (Helen Mirren).

Knowing his life is in danger, Hale parries along the pier, looking for a way to escape, and gloms onto a stranger – a shy, frumpy teenage waitress named Rose (Andrea Riseborough). But this just delays the inevitable and soon Hale is dead at Pinkie’s hands. The last person to be seen with Hale, however, is Frank Spicer (Philip Davis), a booze-weary senior member of Pinkie’s gang. And, by chance, Hale, Spicer and Rose are captured by a touristy photographer; Rose gets the claim ticket for the photo.

Though Pinkie’s overarching objective is to join forces with a rival gang led by Colleoni (Andy Serkis), his immediate priority is to nab that claim ticket and seduce Rose in order to keep her quiet. While it’s easy to keep Rose under his thumb, keeping the feisty Ida from investigating Hale’s death proves to be a spot of bother. As the moral driver of the story, Ida stands in contrast with the young couple who ironically cling to their identities as Roman Catholics.

Joffe’s film is gorgeous to look at – stunning cinematography by John Mathieson matched with superb art direction by Paul Ghiradani and Kellie Waugh, especially the slightly surreal scenes at the Cosmopolitan Hotel. And for the first two acts, Joffe creates a darkly moody atmosphere and balances the storylines deftly.

But as the plot progresses, Pinkie’s dealings with Colleoni essentially dissolve as the focus shifts entirely to Pinkie, Rose and Ida. The strange couple seems an awkward transplant to the ’60s – how does the time change serve the storytelling? END_OF_DOCUMENT_TOKEN_TO_BE_REPLACED

In ‘Human Desire,’ Gloria Grahame as a devious temptress gives us raw sexuality, a glimpse of tragedy

Gloria Grahame was a film noir doll and movie moll of the first rank – and in Fritz Lang’s 1954 “Human Desire,” she gave one of her most fetchingly sultry, and powerful, performances. As a tricky, trapped, unfaithful but resourceful railroad wife named Vicki, she seduces the camera, the audience and her co-stars (one in real life), in one of the two noir classics she made with Glenn Ford for noir master and reputed on-set tyrant, Fritz Lang.

1952’s “The Big Heat,” that great scalding saga of gangsterism and revenge, is the more famous Lang-Ford-Grahame collaboration, and rightly so. But “Human Desire” is a moody little classic as well, one of Lang’s last American films, and among the most complex and chilling roles ever for Grahame and Ford – who spiced up the movie this time with an offstage affair.

“Human Desire” is one of two Lang American remakes of French film classics directed by Lang‘s great colleague Jean Renoir, a generous-hearted, humanistic Frenchman who seems at first, the temperamental opposite of the icy-eyed Lang. But Lang’s 1945 noir masterpiece “Scarlet Street” was derived from Renoir’s 1931 “La Chienne,” and “Human Desire” is a remake (and a softening) of Renoir’s great dark, violent crime drama/romance “La Bête Humaine” (1938), a noir precursor adapted from the classic 19th century novel by Émile Zola.

“La Bete Humaine” and “Human Desire” are both set mostly in grim gray railroad yards, the shadowy surrounding cities and on the trains – and both Renoir and Lang get great mileage out of the hypnotic scenes they both shot of speeding trains, landscapes rushing past and train tracks merging and diverging inexorably below, echoing the characters’ headlong plunge into madness.

Ford was a great brooder, as was “Bete Humaine’s” Gabin. And, when Jeff broods over Vicki, as she pulls him into her sexual web, the whole screen heats up and then darkens and goes cold. The original “Bete Humaine” adulteress was the legendary French sex kitten Simone Simon (in a role that made her an international star and eventually brought her to America for “Cat People”).

Grahame is scarier and deeper and more human (and desirable) than Simon – mostly because, in the beginning, we like Vicki. We sympathize with her, feel sorry for her because of her violent mistreatment by the obviously pathological Carl, whose jealousy drives him to murder and drink, and puts him on a collision course with Ford’s glowering, love-drunk Jeff. END_OF_DOCUMENT_TOKEN_TO_BE_REPLACED

The limited edition Blu-ray comes with a digital copy of the film and a DVD of the original 1932 “Scarface,” directed by Howard Hawks and starring Paul Muni. There are also many special features including a documentary, deleted scenes and background/making-of info.

You can see footage of Tuesday’s event here. The Q&A is available on Livestream for the next week here. And for details on the fan artwork contest using classic Tony Montana images, visit the Facebook page.