The Set Up: Russell’s is a cozy, upscale diner that’s been around since 1930. James M. Cain’s novel “Mildred Pierce” (published in 1941 and made into a movie with Joan Crawford in 1945) was set in nearby Glendale. Mildred made her small fortune in the restaurant biz; perhaps Cain drew some culinary inspiration from this spot.

The Style: In terms of décor, Russell’s, with its red leather seats and chandeliers, feels more American bistro than trad diner, but then what’s wrong with some swank while you sup? Nothing in our book.

The Stuff: The lunch/dinner menu has a nice variety of meat, fish and pasta dishes along with burgers, sandwiches and salads. We tried the grilled salmon salad (the fillet comes on a generous bed of pristine romaine lettuce, tomatoes and vinaigrette dressing) and a glass of The Crossings New Zealand Sauvignon Blanc. For dessert: cherry pie à la mode mode with coffee. Delicious, fresh and packed with fruit, the best slice of pie we’ve tried in quite a while.

The Sting: Would be nice to see a cocktail list, but Russell’s is licensed for wine and beer only.

The Standout: The food is top-notch and the service is excellent – friendly, attentive and relaxed. When we asked the server what kind of coffee was used, he went to the kitchen to check and brought out a small package of Apffels for us to take home. Lovely!

Btw, this weekend is the last chance to see “A Conversation with Edith Head,” starring Susan Claassen, at the Pasadena Playhouse. This great show closes Dec. 1. 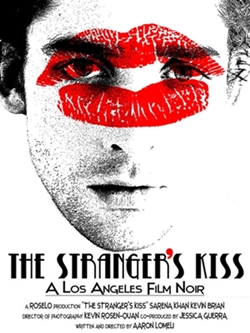 “Noir’s almost like a support group,” jokes LA-based filmmaker Aaron Lomeli. “It’s a way of saying ‘Oh, there are other people out there who feel the same way I do.’ Noir is more than pulp magazines and crime films, it’s an attitude I identify with. I’m attracted to the darker side of human nature.”

Lomeli brings his attitude to the screen in his first short film (outside of USC), “The Stranger’s Kiss,” about two young strangers (Sarena Khan and Kevin Brian) who meet outside a bar and quickly become involved – in more ways than one.

Besides wanting to evoke the feeling of classic noir, the writer/director says he wanted to express something about his experience with the LA dating scene, “I find there’s an odd balance between anonymity and intimacy with dating. Young men and women want to get close to someone without giving away too much of themselves just in case the next best thing is right around the corner. It’s hard to ever really know someone out here.”

The Noir File: French style from Jean Gabin in ‘Grisbi’

The Noir File is FNB’s guide to classic film noir, neo-noir and pre-noir on cable TV. All movies below are from the schedule of Turner Classic Movies (TCM), which broadcasts them uncut and uninterrupted. The times are Eastern Standard and (Pacific Standard). Lots of Robert Mitchum and Gloria Grahame this week!

“Touchez pas au Grisbi” (1954, Jacques Becker). Friday, Nov. 30, 11:15 p.m. (8:15 p.m.): Film noir is a French term and the masters of the form include major French filmmakers as well as Americans. One of those masters is New Wave favorite Jacques Becker (“Casque d’Or“). And Becker’s noir masterpiece is “Touchez pas au Grisbi.” The film takes a wonderfully atmospheric and psychologically acute look at the Parisian underworld: at a legendary, stylish old gangster named Max le Menteur (played by the legendary, stylish Jean Gabin), at the spoils of Max’s last big job and at the unbreakable ties of friendship that entrap him. Adapted by Becker and Albert Simonin from Simonin’s novel, with two later noir mainstays in small roles: Jeanne Moreau and Lino Ventura. The title translates as “Don’t Touch the Loot.” (In French, with subtitles.) 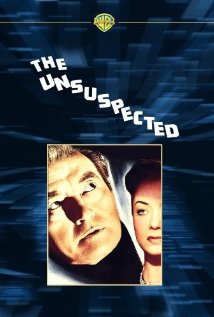 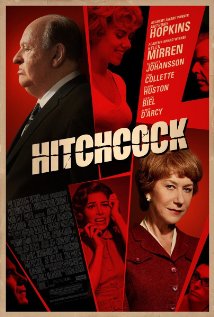 For me, the much-awaited “Hitchcock,” which had its world premiere at AFI Fest 2012 presented by Audi, is the cinematic equivalent of the curate’s egg: parts were good. And the actors were quite good (Oscar-worthy some say) in their parts: Anthony Hopkins as director Alfred Hitchcock, Helen Mirren as his wife Alma Reville and Scarlett Johansson as actress Janet Leigh.

We meet the Hitchcocks in 1959, enjoying the success of “North by Northwest,” Hitch and Alma having made the critical flop “Vertigo” the year before. At 60, the great auteur was at the height of his fame and yet was unable to convince Paramount to finance his next film, “Psycho,” a story based on Robert Bloch’s lurid novel about a serial killer. So the couple decide to finance it themselves – a huge gamble that paid off nicely at the box office and with critics. The movie was nominated for four Oscars.

Against this backdrop, director Sacha Gervasi depicts the artist as a brilliant, shrewd, canny and compulsive man with no end of personal peccadilloes (overeating and obsessing over elegant blondes top the list) and renders a portrait of a marriage that was at times strained but resilient enough to last 54 years.

Upon accepting the AFI Lifetime Achievement Award in 1979, Hitchcock said: “I beg permission to mention by name only four people who have given me the most affection, appreciation, and encouragement, and constant collaboration. The first of the four is a film editor, the second is a scriptwriter, the third is the mother of my daughter Pat, and the fourth is as fine a cook as ever performed miracles in a domestic kitchen. And their names are Alma Reville.”

Arguably, their ultimate bond was the work – making movies that masterfully blend high art, humor and entertainment in a way that has been often repeated and only rarely rivaled.

With its luscious looks, meticulous period details and engaging performances (even if Hopkins sometimes veers into a slightly mannered impersonation), Gervasi’s “Hitchcock” entertains, to be sure. The opening sequence and the scenes where we see Hitch directing Leigh are especially memorable.

But as I watched this glossy yarn, I couldn’t help wondering why this story was being told, what it was adding or subtracting to the legacy of Alfred and Alma. In other words, because “Hitchcock” lacks an inherent drama and an editorial stance by Gervasi, it also fails to involve us deeply or move us. That said, there’s an intrigue to the back story of a film as famous as “Psycho” and, to that end, “Hitchcock” doesn’t disappoint.

Besides film, one of my great loves is food and in particular French food. (Not that I don’t love the classics, turkey, dressing, pumpkin pie & the rest.) For the feasting holiday, I’m sharing these gorgeous pictures from my treasured friend of many years and beyond-gracious hostess, Veronique Tourneux. Veronique lives in Paris – she shot these on a recent trip to Toulouse.

If, after stuffing, you are inclined to read some movie reviews, I refer you to my Thanksgiving special from last year where I gave thanks for the film noir talents of Fritz Lang, Joan Bennett, Edward G. Robinson and Dan Duryea in “The Woman in the Window” and “Scarlet Street.”

For the rest of the weekend, I am following the lead of Bennett’s character in “Scarlet Street” a.k.a. Lazy Legs and letting the dishes pile up in the sink while I lounge around eating bonbons.