The thing about “cool” is that it shows itself equally in moments of distress or pleasure, driving people indifferently to greatness or stupidity. It comes from gritty streets and prices out the people who live there; it pulls couples together or cleaves them apart. And even as its meaning dissipates from overuse, you still can’t talk about Miles Davis without mentioning it.

Cool is, in short, a story about America, full of contradictions and unresolved riddles, a mask that often reveals more than the face beneath it.

You won’t find it preserved under glass at the Smithsonian – except that, ahem, it is now on display at the museum’s National Portrait Gallery in Washington, in a parade of images that say a lot about how the nation sees itself when it pretends everybody is looking. They are also pretty cool. (Or, as the art historian Robert Farris Thompson categorizes in his essay “An Aesthetic of the Cool,” it’s a “metaphor of moral aesthetic accomplishment.”) 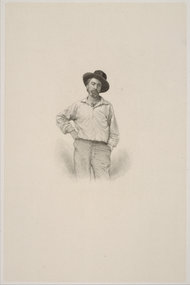 The cast of characters is familiar and perhaps short on surprises. By now, a rough consensus has emerged regarding the pantheon of cool: jazz musicians and actors who act the rebel; punks and junkies and the writers who rub elbows with them; Marlon Brando and Joan Didion and Jean-Michel Basquiat. That the images here are mostly posed, and taken for commercial use, underscores one of cool’s contradictions: For something ineffable and putatively disinterested in money, it is most apparent when commodified and marketed.

Would there be cool without photography? No doubt.

Mr. Thompson, a professor of art history at Yale, traces cool’s roots to West Africa, as the British linguist David Dalby has traced the origins of hip to the Wolof “hipi” or “hepi,” meaning to see or to open one’s eyes. Mr. Thompson’s cool encompasses shadings that didn’t survive the translation to English, such as raw, green, wet and silent, as well as properties of healing or rebirth. So even James Dean or Bessie Smith may be chilling at only half strength. Mercy.

In any language, traits like empathy, utility, self-sacrifice and nurturing – all arguably more beneficial to humanity – are not part of the bargain. Cool will not raise your kids, snake your drain, improve your school system, stabilize your marriage or cook dinner for you after a hard day of acting cool. It wants your attention, not your betterment as a human being. It wants you to watch.

But as the portraits show, American cool and photography have evolved hand in hand. Cool requires witnesses, and photography thrives on the kind of coherent visual language that cool provides (think hats, shades and threads). Both cool and photography assert a similar premise, that a body at rest possesses a unique power to move, communicate and inspire, especially when all else is in motion around it. Stasis – in photography or coolness – is anything but static. Cool is value added, like holiness or celebrity. 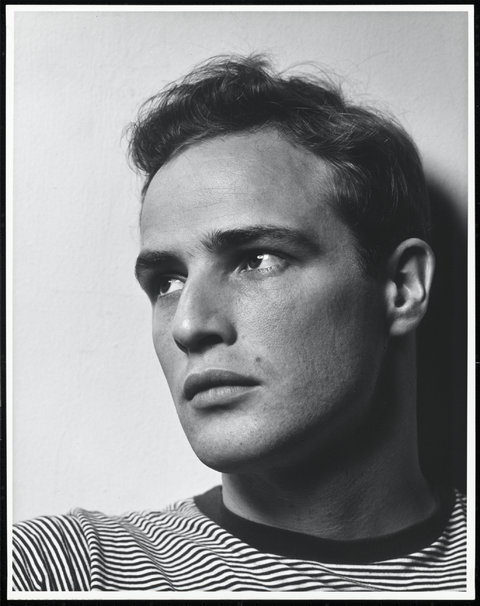 The Smithsonian selected both black-and-white and color shots for this exhibition, rendering the subjects of the shots less people than objects, and the photographs – objects once removed – doubly cool. Whatever cool is in these photographs, the living, breathing, sweating Madonna or Steve McQueen could never be as cool and impassive as the black-and-white iteration on the wall. Cool here is safely in the past. It’s retro, without needs or desires in the present tense – which is, of course, one reason you don’t go looking for cool in the Smithsonian. As objects, maybe cellphones are now cooler than people.

You could quibble with the selection, as people do over every list, or decry that there is no film noir or Nisei or dope fiends or American gangsters here.

But dude, that’d be just so uncool.

“American Cool” is open at the National Portrait Gallery in Washington and will remain on view through Sept. 7.