Pick of the Week: TCM’s Summer of Darkness wraps up

They’ve saved some of the best for last.

The last chapter of TCM’s Summer of Darkness binge-a-thon is one of the best of the whole series. During the day, the schedule includes a quartet of moody Teutonic-style thrillers directed by the great German Hollywood émigré suspense-meister Fritz Lang (the creator of “M”). It starts with the grim little mob masterpiece “The Big Heat,” featuring Glenn Ford, Gloria Grahame and Lee Marvin in the cinema’s most memorable sadistic hot-coffee triangle.

Completing the Lang lineup are crime sagas “Beyond a Reasonable Doubt,” “While the City Sleeps” and “The Blue Gardenia.” In the evening, Summer of Darkness deepens the shadows with Jules Dassin’s “Brute Force” (a definitive prison picture), Robert Siodmak’s “Criss Cross” and John Huston’s “The Asphalt Jungle“ (two definitive heist thrillers), Anthony Mann’s “Desperate“ (a definitive B chase movie) and Hitchcock’s “The Wrong Man.”

Curated and hosted in the evening by the Czar of Noir himself, Eddie Muller of the Film Noir Foundation and the Noir City film festivals, TCM’s Summer of Darkness, right up to the last breath, is one festival of broken dreams and movie nightmares you won’t want to miss. Tell ’em Fritz sent you. 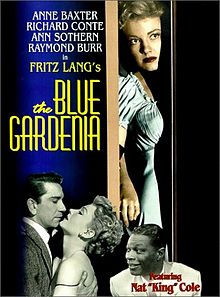 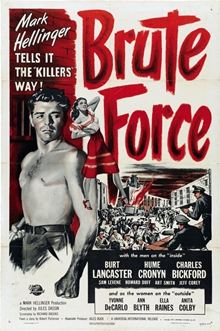 12 a.m. (9 p.m.): “Hush…Hush, Sweet Charlotte” (1964, Robert Aldrich). This is the macabre follow-up to 1962’s Grand Guignol suspense classic “Whatever Happened to Baby Jane?” But in this Robert Aldrich-directed, Henry Farrell-written Gothic soufflé featuring dueling divas Bette Davis and Joan Crawford, Crawford didn’t make it to the finishing line. Taken ill (or something), she was a no-show when the shooting started and was replaced by Bette’s longtime Warner Brothers buddy Olivia de Havilland.

The resulting chemistry isn’t nearly as potent in this Deep South chiller, which is a kind of grisly sub-Faulkner lady-in-distress murder-in-the-magnolias shocker. But those ace movie villainesses Agnes Moorehead and Mary Astor lend some extra “Sunset Boulevard”-style grande dame atmosphere. And so does the movie’s stylish misfit male contingent of Joseph Cotten, Bruce Dern, Cecil Kellaway and the great fat mama’s boy from “Baby Jane,” Victor Buono. The title song is sung, with a “Tennessee Waltz” warble, by Patti Page.

Pick of the Week: TCM’s Summer of Darkness continues to delight

The next-to-last chapter of TCM’s deluxe film-noir binge-a-thon Summer of Darkness commences today. It’s another feast for film noir buffs. As we know by now, Turner Classic Movies has been sharing its great shadowy treasure trove of classic film noir on Friday nights.

Curated and hosted in the evening by the Czar of Noir himself, Eddie Muller of the Film Noir Foundation and the Noir City film festivals, TCM’s Summer of Darkness is a standout fest of classic killings, broken dreams and movie nightmares. All that and Marilyn Monroe (in “Clash by Night”) too.

We don’t want this summer to end!

END_OF_DOCUMENT_TOKEN_TO_BE_REPLACED

Nancy Olson to appear at ‘Sunset Blvd.’ screening in LA 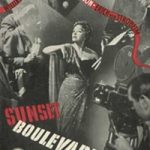 Academy Award Nominee Nancy Olson Livingston will participate in a Q&A with film critic Stephen Farber at a 65th anniversary screening of “Sunset Blvd.” The event starts at 7 p.m. Tuesday, July 21, at the Laemmle Royal in West LA. By popular demand, an additional 7:30 p.m. show has been added.

For our part, we offer our top 10 favorite lines from this magnificent film noir movie, directed and co-written by Billy Wilder, and starring (along with Nancy Olson) the incomparable Gloria Swanson, William Holden and Erich von Stroheim. The film garnered 11 Oscar nominations and won three (script, music and art direction).

Just this morning, I finished reading “The Long Embrace: Raymond Chandler and the Woman He Loved” (Pantheon Books, 2007) by Judith Freeman. It’s a look at Chandler’s work and his 30-year marriage to a mysterious woman named Cissy Hurlburt Porcher Pascal, a sexy but refined redhead from the Midwest who was 18 years his senior. (It was her third marriage; his first and only.)  Not that she bothered to tell him her real age, natch. Details, details … 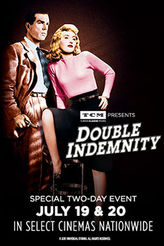 In the book, Freeman describes a turning point in Chandler’s career: When he received the offer from Paramount Studios to adapt James M. Cain’s novel “Double Indemnity” for the big screen, working in partnership with writer/director Billy Wilder.

The film, starring Fred Mac Murray, Barbara Stanwyck and Edward G. Robinson, was released in 1944. It earned seven Oscar noms, including screenplay, which was extremely rare for a film noir title.

“Ray didn’t get the idea of the whole thing at first. When Joe Sistrom, the producer, called and offered him the job, Ray said he could probably do it, but he wouldn’t be able to turn in the screenplay for a couple of weeks, and it would cost them a thousand bucks. Sistrom laughed. Was the guy being funny, or was he really that naïve about the way the movie business worked? Sistrom told him he’d be working with Wilder, in an office on the studio lot, that he’d have ten weeks to do the screenplay, and he’d be getting seven hundred and fifty bucks a week. Ray did the math. Ray liked the result. Ray saw the future … and Ray said, Yes. Sure. Why not?”

Precisely! So, why not treat yourself to a big-screen viewing of this genre-defining film? TCM, Fathom Events and Universal Pictures Home Entertainment are partnering to bring this classic to select cinemas nationwide on Sunday, July 19 and Monday, July 20.

“That tears it,” as Walter Neff would say.

See you there, noiristas. Meanwhile, you can read our review as well as 14 reasons we adore this flick.