The Franco-American Cultural Fund’s City of Lights, City of Angels (COLCOA) French Film Festival, now in its 20th year, will run April 18-26 at the Directors Guild of America in Los Angeles.

The festival will open on Monday, April 18, with the North American premiere of “Monsieur Chocolat,” a biopic about the first French black clown, directed by Roschdy Zem, and starring Omar Sy. The fest will close with a romantic comedy called “Up for Love,” starring Academy Award winner Jean Dujardin and Virginie Efira.

COLCOA will celebrate the 11th anniversary of its Film Noir Series with a three-title series to run Friday night, kicking off with “A Decent Man,” a dark drama about a feckless dude (Nicolas Duvauchelle) who falls into a dire trap of dishonesty. Emmanuel Finkiel directed and co-wrote. 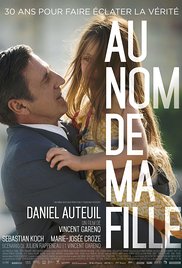 The next film in the series is director and co-writer Vincent Garenq’s “Kalinka” (“Au nom de ma fille”), the story of a father’s  27-year fight for justice in the name of his murdered daughter, starring the always-magnificent Daniel Auteuil.

The final movie is “Fast Convoy,” which the fest calls a “slick, turbo-charged road thriller.” It was co-written and directed by Frédéric Schoendoerffer and stars Benoît Magimel.

All other series are back as well: COLCOA Shorts, Classics, and Documentaries as well as Happy Hour Talks, World Cinema Produced by France, the After 10 series and the French NeWave 2.0 series.

Happy St. Pat’s! ‘Odd Man Out’ by Carol Reed is a great Irish drama and a great thriller Noir City Hollywood kicks off with an Argentine noir