Noir City: Hollywood, the 16th annual festival of film noir, at the Egyptian Theatre will be over before you know it! So plan to take a prowl …

There are double features on Thursday and Friday. On Saturday, “Detour” screens, followed by the festival’s wrap party. 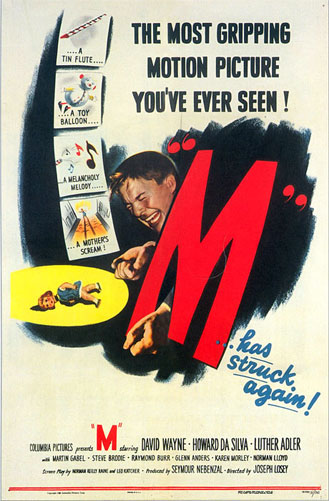 On Sunday is this rare treat: Joseph Losey’s 1951 version of “M” and “The Hitch-Hiker,” which is the only American film noir directed by a woman: Ida Lupino.

Next up is “The Hitch-Hiker” (1953), a groundbreaking, fact-based story of two pals on a Mexican fishing trip kidnapped by a serial killer. Edmond O’Brien, Frank Lovejoy, William Talman and José Torvay star.

Both films screen in newly restored 35mm prints thanks to the Library of Congress. The fest is co-presented by the American Cinematheque and the Film Noir Foundation.

See you in the dark!