On the radar: Events galore at WeHo Reads Noir; ‘Nightcrawler’ at Beyond Fest; ‘True Detective’ gets a clue 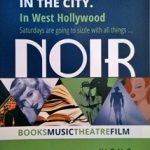 The City of West Hollywood has been celebrating National Literacy Month with a series of free events collectively called WeHo Reads Noir. On Saturday, Sept. 27, there will be a day of panels, presentations, theater, poetry, art, music and film.

At 7:15 p.m. on Saturday, there will be a free outdoor screening of “Who Framed Roger Rabbit.”

“Nightcrawler,” starring Jake Gyllenhaal as an LA crime photographer, is the must-see title Friday, Sept. 26, at Beyond Fest 2014, which runs through Oct. 4 at the Egyptian Theatre in Hollywood. The movie will open in theaters next month. 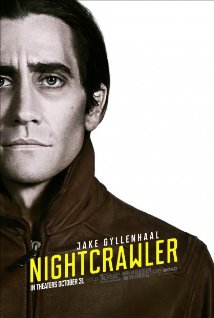 As the organizers put it: The fest is dedicated to delivering the elite in horror, sci-fi, fantasy and badass cinema. This year’s programming reflects a globally diverse and eclectic mix of premieres, rare repertory screenings and special events, all of which are anchored in bringing firsts to genre fans in Los Angeles.

Beyond Fest has also partnered with Robert Rodriguez’s El Rey Network as its presenting sponsor, a partnership that will make much of the festival’s programming free to creative makers and film fans alike.

Rachel McAdams is said to be locking down the female lead role in season two of HBO’s “True Detective.” Read details here.