The World 3-D Film Fest starts Friday, Sept. 6, at the Egyptian Theatre in Hollywood. “Dial M for Murder” shows Sunday and there is a special film-noir night on Sept. 12! The fest runs through Sept. 15.

Meanwhile, the Hitch fest continues on TCM. “Vertigo” ran Thursday, as noted on the FNB facebook/twitter feeds, and the Sunday schedule is packed with great titles.

Film noir gets a Hawaiian punch Saturday at the Egyptian 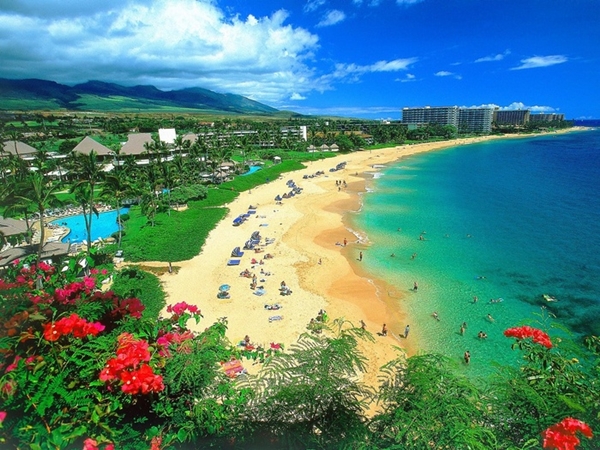 New York, Los Angeles, San Francisco, Chicago … these are the cities we usually associate with the grim, glamorous tales of film noir.

But when you get the rare chance to see a noir with a more exotic setting, it’s all the more memorable. The American Cinematheque is offering just such a viewing opp when it goes tiki on Saturday, June 1.

The Egyptian Theatre in Hollywood is showing “Hell’s Half Acre” (1954, John Auer), which was filmed in filmed in Honolulu. Evelyn Keyes stars as a dancer combing the streets of Honolulu’s red-light district to hunt for her missing G.I. husband (Wendell Corey), who she believes is alive and writing songs in Hawaii.

Turns out, he’s also a gangster vying with Philip Ahn for control of the island’s vice rackets. Toss sultry, statuesque Marie Windsor into the mix, and it’s pulp nirvana, says the Cinematheque.

The party starts at 5 p.m. in the Egyptian’s courtyard, where there will performances from King Kukulele & the Friki Tikis and the Polynesian Paradise Dancers, tiki vendors and a cash bar with Polynesian drinks. A slide show and a 50th anniversary tribute to the Disney’s Enchanted Tiki Room by Bob Baker’s Marionettes will precede the 7:30 p.m. screening.

Susan Andrews to introduce ‘Laura’ at the Egyptian Theatre 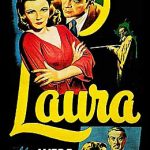 Here’s a quick synopsis from the event organizers: Investigating a murder, chain-smoking Detective McPherson (Dana Andrews) falls in love with the dead woman, only to find out it wasn’t she who was murdered. The brilliant cast includes Gene Tierney as the gorgeous Laura, Clifton Webb as Waldo Lydecker and Vincent Price as Laura’s fiancé, Shelby Carpenter. The film is said to have been an inspiration for David Lynch’s “Twin Peaks.”

You can read my full review of “Laura” here.

Dana Andrews’ daughter, Susan Andrews, will introduce the movie. Author Carl Rollyson will sign copies of his book “Hollywood Enigma: Dana Andrews” at 6:30 p.m. in the lobby. (“Laura” was recently released on Blu-ray and is a great addition to your film library.)

Taviani Brothers to be honored at Cinema Italian Style 2012 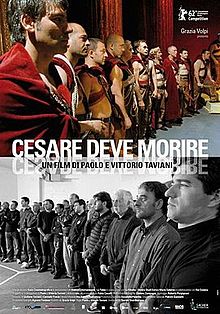 On Wednesday, I look forward to seeing Italy’s official entry for the 2012 Best Foreign Language Film Oscar: “Caesar Must Die,” a drama about inmates in an Italian prison who are staging Shakespeare’s “Julius Caesar.”

Also that night, the directors of “Caesar Must Die,” Paolo and Vittorio Taviani, will receive this year’s Cinema Italian Style Award. I’ll be attending with my documentary filmmaker friend Michael Reano, who is visiting from Minneapolis, and it should be a great time. “Caesar Must Die” has been generating much buzz; the film won the Golden Bear at 2012 Berlin International Film Festival.

Cinema Italian Style runs Nov. 13-18 at the Egyptian and Aero Theatres. There is also a special documentary night at the Italian Cultural Institute in Los Angeles. (All films in Italian with English subtitles.)

AFI FEST 2011 presented by Audi wrapped up Thursday with the awards brunch and closing-night gala screening of “The Adventures of Tintin” by Steven Spielberg.

AFI FEST Director Jacqueline Lyanga announced the award winners at a short ceremony in the Roosevelt Hotel’s Blossom Room, which was the venue for the first Academy Awards presentation on May 16, 1929.

There were encore showings at the Egyptian Theatre of some of the award-winning films. The festival bestows audience, jury and critics’ prizes. More than 150 filmmakers from around the world presented their work this year.

AUDIENCE AWARDS
Breakthrough (award accompanied by a $5,000 cash prize): “With Every Heartbeat” by Alexandra-Therese Keining (Sweden)

World Cinema: A tie between “Jiro Dreams of Sushi” by David Gelb (US) and “Kinyarwanda” by Alrick Brown (US/Rwanda)

SHORT FILM JURY AWARDS
A jury chooses the top live-action and animated short films. The Academy of Motion Pictures Arts and Sciences recognizes each winner as a qualifier for the Academy Awards. To read the list and see more highlights from the fest, visit: https://afi-afifest.tumblr.com/post/12651668281.