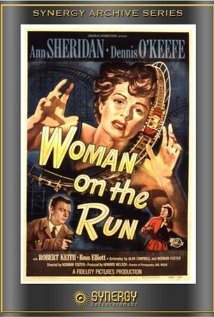 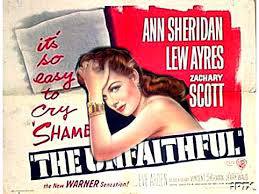 This free screening is part of WeHo Reads, a noir-themed month-long literary program. On Saturday, Sept. 27, there will be a day of panels, music and film.

Criterion’s DVD rerelease of “Anatomy of a Murder” is this month’s giveaway prize. To be entered in the draw to win, just make a comment on any post this month.

One of the best and most true-to-life of all courtroom dramas, “Anatomy of a Murder” is also the best film producer-director Otto Preminger ever made. And he was a master – of film noir (“Laura,” “Fallen Angel,” “Whirlpool,” “Where the Sidewalk Ends,” “Angel Face”), of urban drama (“The Man with the Golden Arm”), of romance (“Bonjour Tristesse,” “Daisy Kenyon”), of historical epics (“Exodus”), of spy dramas (“The Human Factor”), of musicals (“Carmen Jones”) and, most characteristically, of dramas that examine big, complex institutions: “Advise and Consent,” “The Cardinal,” “In Harm’s Way.”

“Anatomy” is a great, realistic film on a great subject, with writing that cuts to the bone. It also has one of the most famous title sequences (by Saul Bass) in movie history. And one of the most influential scores, original jazz, composed and played by Duke Ellington.

The film’s source material was a best-selling book by John D. Voelker, a Michigan State Supreme Court Justice, using the pen name Robert Traver. He based the book on an actual murder case in which he’d been the prosecuting attorney. In that trial, an Army man shot and killed a popular small-town bar-owner who, he said, had raped his wife.

If Paul is going to get Manion off, the only defense that is likely to work is Not Guilty by Reason of Insanity – an “irresistible impulse” that drove Manion to kill his wife’s rapist. The movie makes clear that Paul is not necessarily seeking the truth, but a victory for his client. So the trial becomes, in some sense, a piece of theater. Paul is creating a dramatic scenario that we know is a slanted one. Judge Weaver is there to mediate, but also to be a kind of commentator and chorus.

At the same time, Preminger (the son of a Viennese trial lawyer and a law school graduate who never practiced law himself) gives us a course in what happens during a trial and why the American legal system, for all its seeming flaws, is a model of both legal science and human compassion.

We want Paul Biegler to win, but mostly because he’s played by Jimmy Stewart – who brilliantly manipulates his movie persona as the stammering, sincere, dryly funny hero, while also showing us a somewhat devious side beneath the mask. It’s an incredibly adroit performance, as good as Stewart’s signature roles as George Bailey in “It’s a Wonderful Life,” Scottie Ferguson in “Vertigo,” and Jeff Smith in “Mr. Smith Goes to Washington.”

And Stewart anchors an eminently satisfying cast. Remick is wonderful as Manion’s flirtatious, cheerfully brazen and narcissistic wife Laura, a part originally intended for Lana Turner. The prosecution’s arrogant head lawyer Claude Dancer is played with nerveless intensity by Scott. Stewart, O’Connell and Scott got Oscar noms for their work.

Preminger shot the movie in Michigan’s Upper Peninsula (Marquette, Ishpeming, Big Bay and Michigamme). The streets, the bar and the courthouse are real. And the scenes in Paul’s home (with its books, fishing gear and record collection) were shot in Voelker’s own house. “Anatomy” has the flavor of a semi-documentary, or of one of those Henry Hathaway crime dramas/noirs of the ’40s: “The House on 92nd Street,” “Call Northside 777” (with Stewart as a crusading Chicago reporter) and “Kiss of Death.”

Preminger’s filmmaking style is often called “objective.” He doesn’t try to force reactions on us, instead leaving us free to observe and judge. “Anatomy of a Murder” is especially ripe for such analysis, since the audience is essentially the jury.

But there’s a catch. Does anyone really watch a Preminger movie without knowing who the good guys and bad guys are? Even in “Anatomy of a Murder” we sense Paul might be defending a guilty client, but we also know he’s upholding the law, and his vision of it: the depth, mercy and grandeur of the law in which he deeply believes.

The fact is that Preminger is never completely objective. A lawyer as well as a man of the theater, he is always arguing a viewpoint, letting us know whom he likes and whom he doesn’t. He just does it in a subtler, more stylish, less forced manner than most other directors.

What’s special about Preminger’s cinematic style is his propensity for long takes and single shots with an unobtrusively moving camera. Preminger once said that, ideally, every scene should be done in a single shot. And that’s often what he often tries to do, for the sake of the actors (who don’t get their performances chopped up) and to preserve the feel of realism.

To some in 1959, “Anatomy” looked like an opportunistic and deliberately sensational shocker, with a script that contained words such as “rape,” “bitch” and panties.” The film was even banned temporarily in Chicago. But Preminger played anti-censorship battles with such shrewd facility that it sometimes seemed he had gulled the censors into being his unofficial P.R. team.

“Anatomy of a Murder” may have raised hackles in its day, but it’s survived as a movie treasure and is one of the top films from 1959 – a year that also saw the release of classics like Billy Wilder’s “Some Like It Hot,” Alfred Hitchcock’s “North by Northwest,” William Wyler’s “Ben-Hur,” Howard Hawks’ “Rio Bravo,” George Stevens’ “The Diary of Anne Frank” and Vincente Minnelli’s “Some Came Running.”

Preminger’s trial drama can stand with any of them.

“Anatomy” will play Friday and Saturday at the New Beverly in LA.

Free stuff from FNB: Win ‘Anatomy of a Murder’

This month, I am giving away a copy of Criterion’s rerelease of the Otto Preminger classic “Anatomy of a Murder” from 1959. Nominated for seven Oscars, including best picture, the film features a Duke Ellington score and an all-star cast: James Stewart, Lee Remick, Ben Gazzara, Arthur O’Connell, Eve Arden and George C. Scott.

In what is arguably the best role of his career, Stewart plays a small-town Michigan lawyer defending an army lieutenant (Gazzara) accused of murdering a tavern owner, who he believes raped his wife (Remick).

As Criterion puts it: “This gripping envelope-pusher, the most popular film by Hollywood provocateur Otto Preminger, was groundbreaking for the frankness of its discussion of sex – but more than anything else it is a striking depiction of the power of words.” This two-DVD special edition is packed with special features.

(Syd is the winner of the February reader giveaway, a DVD copy of “Notorious.” Congrats to Syd and thanks to all who entered!)

To enter the March giveaway, just leave a comment on any FNB post from March 1-31. We welcome comments, but please remember that, for the purposes of the giveaway, there is one entry per person, not per comment.

The winner will be randomly selected at the end of the month and announced in early April. Include your email address in your comment so that I can notify you if you win. Your email will not be shared. Good luck!