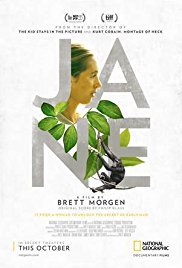 It’s that time again … Oscar season is here. Starting Wednesday, Nov. 23., there is much to see at the movies; these films surely will appeal to noir fans. (Check your local listings for details.) Enjoy!

Ambitious actress and dancer Peppy Miller (Bérénice Bejo) has talent, looks and perfect timing – the introduction of sound is reshaping the way films are made. She’s drawn to George but, at first, he doesn’t pay her much attention beyond an admiring glance. George’s idyllic world starts to collapse when he sees that his style does not work with the latest and greatest technical advance, talkies. Can he find a way to keep up with the times and salvage his career?

The story, though a bit of a stretch, is delightful. The era is fastidiously recreated and Hazanavicius draws fine work from his cast. Dujardin neatly balances pomposity with humility and Bejo dazzles as Peppy. Her high energy nearly sparks off the screen and it’s a joy to watch her marvelously expressive face. And John Goodman is spot on as blustery producer Al Zimmer. The film has won several awards from festivals, including best actor for Dujardin at Cannes.

“The Artist” is a tender-hearted, near-perfect pastiche of a classic art form.

‘My Week with Marilyn’

Manipulative, desperate, vulnerable. Funny, gifted, magical. Never dumb. In “My Week with Marilyn,” Simon Curtis’ portrait of ’50s screen icon Marilyn Monroe (Michelle Williams), we see her multiple sides and many problems through the prism of chaste voyeurism and our jaded, tell-all modernity.

“They like to keep her doped up, she’s easier to control. They’re terrified their cash cow will slip away,” says one observer, during the shoot, in England, of 1957’s “The Prince and the Show Girl.” Her co-star and director Sir Laurence Olivier (Kenneth Branagh) takes issue with her erratic behavior, but he also envies her raw, intuitive talent.

Adrian Hodges wrote the screenplay, based on “The Prince, the Showgirl and Me,” a memoir by Colin Clark (Eddie Redmayne). Clark was an assistant director on the film and the son of art historian Sir Kenneth Clark (of “Civilisation” fame). Dame Judi Dench plays actress Dame Sybil Thorndike; Dougray Scott plays Arthur Miller. 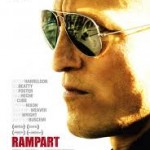 David Cronenberg brings his consummate eye to a remarkable historical drama in “A Dangerous Method.” Flawlessly photographed, the story is rendered with intelligence, austerity and precision. Though the chilly, almost clinical, tone undermines the film’s emotional buildup, it’s nevertheless a gripping saga.

Under Cronenberg’s lens is the groundbreaking work of Sigmund Freud (Viggo Mortensen) and Carl Jung (Michael Fassbender) in the pioneering days of psychoanalysis when ethical boundaries had yet to be drawn. Jung’s intent on helping a young woman named Sabina Spielrein (Keira Knightley), who enters his clinic flailing, wild and barely able to speak.

Beaten by her father as a child, Sabina is emotionally shattered as an adult. She makes rapid progress with Jung and the two begin an illicit, intimate relationship. Eventually Sabine decides to become an analyst and in the course of her study challenges some of Freud’s work.

Vincent Cassel plays psychiatrist Otto Gross; Canadian newcomer Sarah Gadon plays Jung’s wife. Christopher Hampton wrote the screenplay from his play “The Talking Cure,” which was based on the book “A Most Dangerous Method” by John Kerr.

“We’ve all been influenced by Freud whether we know it or not,” said Cronenberg at a press conference last week in Beverly Hills. Cronenberg added that though Freud fell out of favor, his professional stature has recovered lost ground in the last 15 years. “Some of his theories have been absolutely confirmed.”

He pointed out that despite his stern and uptight reputation, Freud was in fact “handsome, charming, witty and funny.” That called for “slightly oblique, non-traditional casting” so Cronenberg said he talked Mortensen into the part. This is their third collaboration, following “History of Violence” and “Eastern Promises.”

Of Knightley’s portrayal of Sabine, Cronenberg said, “I’ve always thought she was an underrated actress. … It’s a really beautiful performance.”

From a champion of film noir and master neo-noir director Martin Scorsese comes “Hugo,” an adaptation of Brian Selznick’s novel, “The Invention of Hugo Cabret.” It is one of Scorsese’s most accomplished productions ever (stunning 3D color cinematography; gorgeous production design by Dante Ferretti) and one of the year’s very best films.

In 1930s Paris, a boy named Hugo (Asa Butterfield) lives in the walls of a railway station and keeps all the clocks running. He clashes with an over-zealous station inspector (Sacha Baron Cohen), flirts with a pretty young girl (Chloë Grace Moretz) and meets her family, including the great but forgotten filmmaker, Georges Méliès (Ben Kingsley).

The movie is Scorsese’s Valentine to the cinema, and few more sumptuous love-notes have been made. Filled with clips from silent classics, including Méliès’ 1902 masterpiece “A Trip to the Moon,” this is a jewel no genuine movie lover should pass by.