“High Sierra” is the first of five films starring the multi-talented Ida Lupino to play this month at the Los Angeles County Museum of Art. The Tuesday matinee series runs June 2-30. 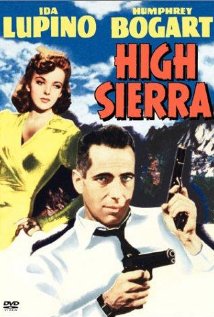 Most famous as an actress, Lupino was also a director, writer and producer. She was the second woman (after Dorothy Arzner) to join the Directors Guild of America. Lupino was known for her energy and her intensity as well as her fiery temperament and mercurial character. She once described herself as “the poor man’s Bette Davis.” Like Davis, Lupino craved meaty, challenging roles and was not afraid to look unglamorous while playing them.

Earlier in her career, she was billed as “the English Jean Harlow” and she was made to dye her hair blonde. But whether she was a blonde or a brunette, Lupino had a strong affinity with film noir. She certainly had a knack for playing tough broads and bad girls from the wrong side of the tracks.

In addition to “They Drive By Night” and “High Sierra,” she earned 15 film noir or crime/mystery acting credits. She directed seven feature films (most notably “The Hitch-Hiker” and “The Bigamist” both from 1953) as well as many TV shows.

Thank you, Lacma, for celebrating Lupino’s rich and enduring contribution to film noir. The other films in the series are: “Ladies in Retirement,” “The Man I Love,” “Road House” and “The Big Knife.” 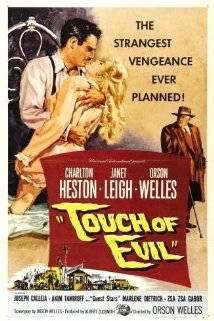 Edgar G. Ulmer films to screen at the Academy 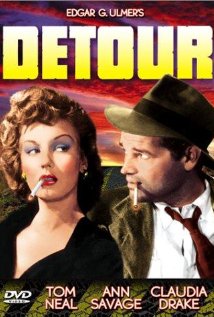 A double-bill of “Detour” and “The Strange Woman” on Friday, Nov. 6, will launch the Academy’s Edgar G. Ulmer screening series. A production designer and director, Ulmer worked in many genres and, as the “King of Poverty Row” in Hollywood, was underrated in his lifetime. We, of course, adore his film noir titles.

The six-film series is running in conjunction with the ongoing exhibition Haunted Screens: German Cinema in the 1920s at the Los Angeles County Museum of Art (Lacma). The films will be shown at Lacma’s Bing Theater.

‘M’ and ‘While the City Sleeps’ to screen at Lacma

Two of director Fritz Lang’s personal favorites among his prodigious oeuvre will play Friday night (Oct. 24) at the Los Angeles County Museum (Lacma)’s Bing Theater: “M” (1931), which he made in Germany, and “While the City Sleeps” (1956), one of his final Hollywood films.

Considered by some critics to be a prototype film noir, “M” stars Peter Lorre as a child killer on the run from both the police and his fellow criminals. It is a deeply chilling performance by Lorre in an unforgettable film.

The screenings are presented in conjunction with the exhibition Haunted Screens: German Cinema in the 1920s, an exploration of German Expressionist films, co-presented with the Academy of Motion Picture Arts and Sciences.

Elia Kazan’s socially conscious film noir masterpiece “On the Waterfront” is a touchstone of the American cinema, one of those movies you never forget. This powerhouse social drama, a film loaded with heart, brains and guts, pulls you into the crime-ravaged docks of New York City in the 1950s.

Shot in New Jersey and based on actual events, adapted by writer Budd Schulberg from a series of articles by Malcolm Johnson, the movie portrays an exploited band of longshoremen battling for their rights on a dock run by a corrupt union, gangsters and killers. Kazan, Schulberg and a wonderful ensemble give this story a stinging realism few other films of the ’50s can match.

In “Waterfront,” we get a ringside seat at a battle between good and evil, crime and the law. Pitted against the brutal, crooked union-boss, Johnny Friendly (Lee J. Cobb), is an idealistic, courageous priest, Father Barry (Karl Malden), and a washed-up, but eventually heroic ex-boxer, Terry Malloy (Marlon Brando).

Among the movie’s other indelible characters: Rod Steiger as Charlie, Terry Malloy’s fancy-dressing mouthpiece-for-the-mob brother, and Eva Marie Saint, in her Oscar-winning movie debut as Edie Doyle, whose brother was murdered by Johnny Friendly’s thugs, and with whom Terry falls in love.

“On the Waterfront” is a knockout on all levels. It has great direction (Kazan), a great tough script (Schulberg), great black-and-white photography (Boris Kaufman), great naturalistic art direction (Richard Day), a great score (Leonard Bernstein), and, most of all, that perfect ensemble cast, with the extraordinary Brando at his youthful peak.

Brando makes every one of his scenes come alive, breathe and bleed, especially when Terry cries out to his brother Charlie (Steiger): “You don’t understand! I coulda had class! I coulda been a contender! I coulda been somebody! Instead of a bum, which is what I am.”

We’ll always remember that electrifying confession of failure and pain in the back of that cab, coming from the young brilliant actor playing the gentle-hearted, beaten-down ex-pug. He moves us so deeply because he was more than a contender; he was the champ. He had more than class; he had genius. He was more than somebody. He was Brando.

You can watch “On the Waterfront” on TCM of course. But if you’re lucky enough to be in Los Angeles this weekend, you can see the film on the big screen at 7:30 p.m., Friday, June 6, at the Los Angeles County Museum of Art. Appearing on stage at that showing, to discuss the movie, will be one of its eight Oscar-winners, Eva Marie Saint.

The stars (who also played in “Wind”): Robert Stack and Dorothy Malone are a married couple; Rock Hudson is Burke Devlin, a drunken newspaper reporter at the Times-Picayune, who becomes enamored of them both.

With compassion and high style, “Tarnished Angels” focuses on life’s fringes and the ironies of heroism. Brilliantly shot by Irving Glassberg (who also shot Sirk’s “Captain Lightfoot”), it’s one of the best-looking black-and-white/widescreen movies of its era, a dark gem of noir style.

The one flaw is Hudson’s mostly un-drunk Devlin. But it’s not his fault; Hudson began the movie playing Devlin as soused, but Universal, fearful of harm to their big star’s image, ordered him to play it sober.

The film is a classic anyway. It was Sirk’s favorite of the films he directed and Faulkner preferred it to all the other movies made from his work, even the acknowledged 1949 classic “Intruder in the Dust.” Faulkner, no stranger to booze himself, even liked Hudson’s cold-sober Devlin. 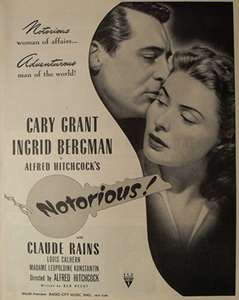