Film noir’s feline fatales: The cat in ‘The Asphalt Jungle’

Bio: Unlike her “Asphalt Jungle” character Doris, who led a precarious and hardscrabble existence (stingy scraps and threats of harm from surly customers), feline actress Lola Pawsingham grew up in a secure and loving home, the daughter of Vaudeville’s Boots ‘n’ Hoots, a soft-shoe and comedy duo.

Lola and her parents were visiting relatives in Los Angeles when she ran into director John Huston at the Pig & Whistle in Hollywood; he immediately cast her in “The Asphalt Jungle.”

After filming wrapped, Huston invited her to join him on his next trip to Ireland. It was there, at the Owl & Pussycat pub in Galway, that she met the dashing, Sligo-born poet Seamus O’Haraball. Sparks flew and the pair embarked on a creative and romantic partnership that flourished for several years.

She inspired many of his works, perhaps most famously: “Lola and the Faun,” which was later turned into a play that premiered at the Tabby Theatre in Dublin. After that, they divided their time between Paris and Nice. But in 1959, tragedy struck and O’Haraball died in a plane crash on his way to London for the Eliot Awards, honoring feline-inspired verse and furry scribes. (O’Haraball was the favorite to win the highly coveted Jellicle lifetime-achievement award.)

Pawsingham was devastated, but a few years later met comedian Al E. Doode who managed to mend her broken heart and was by her basketside when she passed away peacefully in 1966. 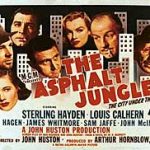