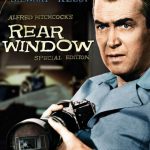 The Hollywood Reporter’s recent style issue was packed with great stories. For instance, Meg Hemphill spotted four awards beauty trends that she predicts we’ll be seeing for months to come. They are:

1. Bright pink lips: Who doesn’t love a flirty pink pout? Not Scarlett Johansson, who wore MAC’s Sheen Supreme in Behave Yourself, $14.50, on Oscar night, or Claire Danes, who dazzled at the SAGs with Joli Rouge in 709 Parisian Pink, $24, by Clarins. Shown here is MAC’s Full Fuchsia.

3. Soft makeup: Nars Illuminating Cream, $29, was key to Olivia Wilde’s sheer glow at the Golden Globes. Makeup artist Spencer Barnes was going for “a soft, timeless look that wasn’t focused on trendy color schemes or any one bold application.”

A must-read: Sam Wasson on the legacy of A-list costume designer Edith Head. The story is pegged to the release of two new books: “Edith Head: The Fifty-Year Career of Hollywood’s Greatest Costume Designer” and “The Dress Doctor: Prescriptions for Style from A to Z,” an adaptation of Head’s best-selling tome from 1959.

The spread features pictures from “Vertigo,” “Rear Window,” “The Birds” and other movies. Love this quotation from Head: “Clothes not only can make the woman – they can make her several different women. There’s no one style; there’s a style for a mood.”

Other exiting news: Zoe and husband Rodger Berman are parents to a baby boy. Their first child, Skyler Morrison Berman, was born March 24 in Los Angeles.

Though reviews were mixed upon its initial release (critics complained that the plot was far-fetched), “Vertigo” has since been acknowledged as a crowning cinematic achievement. In 2002, “Vertigo” landed the No. 2 spot on the Sight and Sound critics’ top 10 poll, second only to “Citizen Kane.”  Leonard Maltin calls it: “A genuinely great motion picture that demands multiple viewings.” END_OF_DOCUMENT_TOKEN_TO_BE_REPLACED 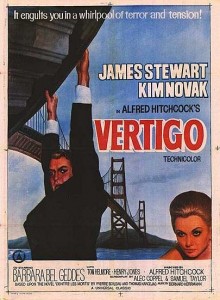