This year’s edition of the TCM Classic Film Festival will be bittersweet. Our excitement about four days filled with gorgeous movies and great guests is tempered with sadness because of a very sad loss: TCM host and historian Robert Osborne passed away on March 6 at his home in New York City. He was 84.

The fest, which runs in Hollywood from Thursday, April 6, to Sunday, April 9, is dedicated to Osborne’s memory and we hope that this year’s theme – Comedy in the Movies – will help to chase the blues away.

At Wednesday’s press conference, held at the TCL Chinese Multiplex Theatre, TCM representatives noted that Robert Osborne was the festival. As to how Osborne’s legacy and contributions (specifically his intros to the films) will be remembered going forward, TCM host Ben Mankiewicz said: “We would like to bring Bob back, sure, but there’s the question of doing it the right way. Maybe it’s a matter of having an introduction to his introduction.”

Some of the titles for a comedy-focused fest have obvious appeal, for example: “Born Yesterday,” “The Graduate,” “The Jerk,” “High Anxiety” and “What’s Up, Doc?”

Others have a dark slant … which is right up our alley, of course: “Some Like It Hot,” “Beat the Devil,” “Unfaithfully Yours,” “Lured,” “Twentieth Century,” “Bonnie and Clyde,” “Harold and Maude,” “Dr. Strangelove” and “The Front Page.” 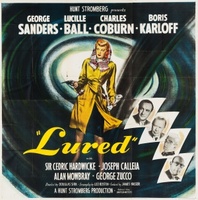 And the campy noir treat “Whatever Happened to Baby Jane?” will screen Friday night poolside at the Roosevelt Hotel.

Additionally, there are tearjerkers, such as “Postcards from the Edge,” perhaps the greatest musical of them all, “Singin’ in the Rain,” and other feel-good fare, such as  “The Princess Bride,” “Casablanca,” “Bye Bye Birdie” and “Willy Wonka and the Chocolate Factory.” 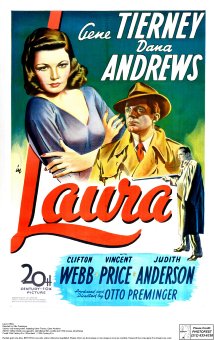 As for Nitrate, the TCM program guide points out that films produced before the early 1940s were released on nitrate stock, which has a luminous quality and higher contrast than the cellulose acetate film that superseded it. (Nitrate was replaced because of its volatile nature.) The film noir classic “Laura” is part of this roster.

TCM programming director Charlie Tabesh explained at the press conference: “We try to get everyone interested in classic film, young and old. When we book, we try to put very different films against each other … so that people have a choice.”

That is an understatement! There are about 90 films at the fest.

Plus, there is a full slate of special guests and events – Mankiewicz will interview veteran actor Michael Douglas; director Peter Bogdanovich will discuss his career as will blacklisted actress Lee Grant; comedy greats Carl and Rob Reiner will be honored at a hand and footprint ceremony at the TCL Chinese Theatre IMAX – as well as panels, parties, presentations, book signings and more.

Mr. Osborne would be proud.