The Noir File is FNB’s guide to classic film noir, neo-noir and pre-noir from the schedule of Turner Classic Movies (TCM). The times are Eastern Standard and (Pacific Standard).

No one could play a moll or a tough dame on screen like Ida Lupino – even though in life, she was a sophisticated British émigré from a notable theatrical family. (Her father was the famous stage and screen star Lupino Lane.)

She could look just right with a cigarette in her mouth and a highball in her hand, and she could trade quips with the best and toughest of them, including Humphrey Bogart, Robert Ryan, John Garfield, and her wry one-time husband Howard Duff.

She’s also a landmark lady in film history as one of the few female moviemakers of the studio-era heyday. In the early ’50s, Ida co-produced and directed a string of taut B noirs (“Outrage,” “The Bigamist,” “The Hitch-Hiker” and others) that were models of nervy, economical and socially probing American movie making.

Lupino tackled tough, ambitious subjects (rape, bigamy, crime) and handled them with lean expertise. Later in her career, she directed on television, where she was a mainstay helmer on the offbeat Western series “Have Gun, Will Travel” with Richard Boone.

We’ll always remember her, though, as a reigning queen of film noir. 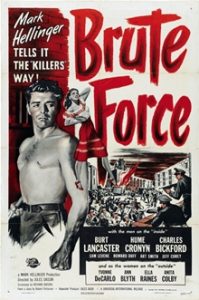 With thanks and sadness, let’s raise a glass to Kate Power suits, stylin’ pumps: Working girls’ wardrobes on display